It’s good to be with you today! Each week I walk alongside people who call the alcoves and grates of these streets home. Today I have been asked to share some reflections on the intersection of Jesus’ death, Good Friday and the housing crisis that destroys the lives of so many of our friends and neighbours here in Toronto.

First I’d encourage you to look around, to look up. We are in the heart of Toronto’s Central Business District. Less than 500m to the east of us is the Toronto Stock Exchange. This building behind me is called Sunlife Financial Tower. Manulife Financial is over there. Other corporations within 500m are Adaptive Asset Management, MCAN Mortgage Corporation, and Clarica Trust Company. Just a couple blocks to the east of us at the intersection of Bay and King are the corporate headquarters of TD Bank, BMO, Scotia Bank and CIBC. This is the epicentre of wealth and power in Canada. A block further south on Bay at Wellington St is the corporate headquarters of RBC. The windows on the RBC headquarters contain 71,000oz of gold; that means each individual window pane contains $298 dollars worth of gold. This is the infrastructure that makes billions of profit off of soaring housing costs and the debt of individual households. Temples of Finance in the age of austerity. Two blocks to the north of us on University Avenue is the Canada Life Tower. It was built between 1929-1931. Shovels went in the ground at the height of the roaring 20’s and it was finished in the depth of the Great Depression. The observation room on the 17th floor was specifically designed to turn its back to the city that lies north of it. The windows look to the west, south and east. The north view has been covered over, erased. Canada Life Insurance didn’t want its wealthy white clients contemplating what were poor neighbourhoods like Chinatown, the Jewish market of Kensington or the Eastern European neighbourhood of Christie Pits.

This architecture of greed would rather not be reminded of the casualties it produces: the suffering and pain designed for newcomers, Indigenous communities, racialized families, and hundreds of thousands of Toronto’s poor.

Just minutes ago we walked by a small grate at the entrance of a nondescript alley. We know that this was where a 58 year old woman named Hang Vo slept for the first two weeks of 2019. It’s also where she was struck by a garbage truck and killed in the morning hours of January 15. Hang Vo arrived in Canada in 1977 as a refugee from Vietnam. She died this year without a house to live in; she was poor and stateless. This year, Toronto has a record number of people who are homeless. These are levels of homelessness not seen since the Great Depression. Over 8000 people sleep in shelters and about 1000 people are forced to cram onto mats in warehouses and temporary structures. Hundreds more sleep under bridges, in City Parks and city alleyways. As rental prices have doubled in the last 10 years, homelessness has also doubled. Minimum wage, Ontario Disability Support Pension and Ontario Works, have not doubled in that time. Paying for basic needs like housing and food is impossible for hundreds of thousands of Torontonians. This horrifying situation is forcing people onto the street.

In the same month that Hang Vo died, we also know that at least six other people died without housing. Chris Savoyard died in an alley on January 3. Crystal Papineau died trying to get clothing on January 8. Tabitha Lewis died of an overdose on January 10. William James Sisson on January 14, and another man, whose name we have been asked not to release, on January 25. Yet another man’s remains were also found on January 25. We haven’t been able to find out his name or date of death. Unfortunately this is the norm. City stats acknowledge that about two people in Toronto die each week without housing. The situation is catastrophic and as governments cut public housing budgets, public health funding and close Overdose Prevention Sites, the numbers of those who die from these policies of greed will increase.

In this context what does justice look like? What does it mean to love my neighbour in this mountainous landscape of inequality?

What might the death of a homeless, socially marginalized teacher, who we remember today, teach us about how we might respond?

Jesus was the son of two asylum-seekers. He spent much of his time caring for those who were sick and rebuking the life choices of the wealthy and powerful. A week before he was killed by the state, this is what he did.

Mark 11:15-19
15 Then they came to Jerusalem. And he entered the temple and began to drive out those who were selling and those who were buying in the temple, and he overturned the tables of the money-changers and the seats of those who sold doves; 16 and he would not allow anyone to carry anything through the temple. 17 He was teaching and saying, ‘Is it not written,
“My house shall be called a house of prayer for all the nations”?
But you have made it a den of robbers.’
18 And when the chief priests and the scribes heard it, they kept looking for a way to kill him; for they were afraid of him, because the whole crowd was spellbound by his teaching. 19 And when evening came, Jesus and his disciples went out of the city.

Jesus demanded justice from those who profited off the indebtedness of Jerusalem’s poor and marginalized. He disrupted and threw out the businesses of the powerful aristocracy. And within a week of these actions, he was dead.

Jesus chose not only to speak truth to the powerful in his society, he followed those words with actions. His words and actions, which at the heart carried values of love and joy were troublesome and terrifying for the establishment. The response to his actions were costly to Jesus. At the same time they also pointed the way to liberation. They confronted the structures of an oppressive regime while enacting an image of freedom.

I want to finish my reflections with a few suggestions and a poem.

What does it mean for us to demand justice here today? What does it look like for us to love our neighbours well in a way that might make the powerful fearful?

Three straightforward demands that I’d encourage you to think about are:

This is a poem I wrote a couple years ago.

Affordable “Homes” in the Valley

In our City:
Which is fair and polite.
Where we excel at building half million dollar boxes in the sky.
Where we take pride in our partnerships and think we are connected and modern.

In our City:
Which is fair and polite.
My neighbour is pulled by her hair across the threshold.
Indigenous and Black bodies are regularly beaten by armed men dressed in blue. Men who are well paid to keep the status quo.
A status where our neighbours navigate the streets with shopping carts and sleep under the stars.

In the valley:
My neighbours build affordable homes for their loved ones and themselves.
My neighbour reduces and recycles.
While the looters on Bay Street grab and take all they can hoard.

In the valley:
A revolutionary artist creates speculative fiction.
A graveyard to the dragons of finance.
And the lions of industry.
A quiet resting place for vandals.

In the valley:
A secret an artist builds cairns to remember their friends who have passed on.
Friends who found ways to cut holes through cold bureaucracy and make paths amidst forests of hate.
May my neighbours friends know much peace and joy further down the river.
Where the water flows wide and the deep fades to sky. May they know justice.
May that justice not be too harsh for me and my box in the sky. 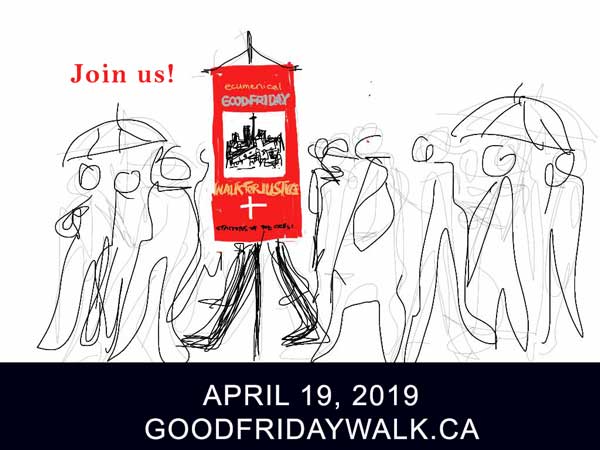